Enter your Zip Code to see if we serve your area:

This homeowner called Fortress with concerns about a water coming into the basement. This water coming in also caused an unpleasant musty smell. Our System Designer, Scott was able to go out to the home and give these homeowners a piece of mind with a permanent solution. The best way to fix this issue was installing our WaterGuard system, along with our Triplesafe sump pump.

Our Foreman, Matthew and his crew went out to the home and began to install these products. The crew began preparing the perimeter of the basement for the WaterGuard. Once the WaterGuard is in place, the crew then installed the Triplesafe sump pump. An outside discharge is also installed on the sump pump to allow the water to be pumped out of the basement.  We also followed in with drainage stone over top of the WaterGuard. This crushed stone allows the water to easily flow to the WaterGuard, and then to the sump pump. Once the system and the stone are laid, new cement is laid over the system to give it a finished look. The end result was a dry basement that would last years to come. 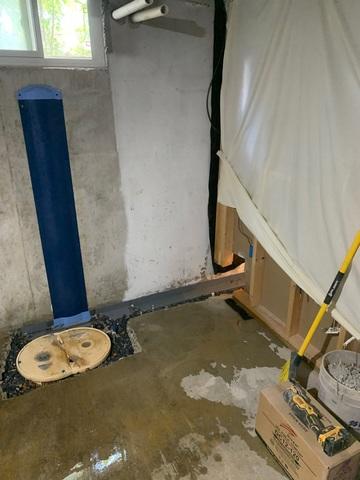 This photo shows one of the Sump pumps being installed. You can also see the WaterGuard along the perimeter of the home. 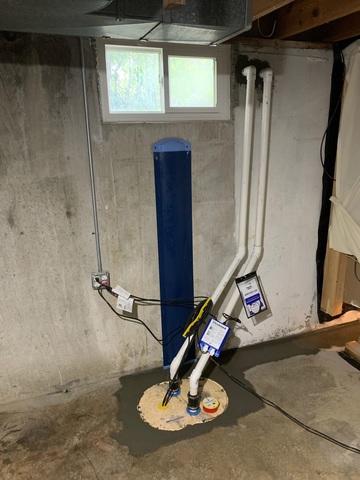 The finished product. You can see the system has been covered and there is a clean finish.

Back to Previous Page
Back to Case Studies