In some rare cases, a home with a high level of iron or manganese in the soil and/or groundwater will allow the growth of a microorganism known as iron bacteria. As this bacteria thrives in groundwater, it creates a thick, gelatinous substance known as iron ochre. While this substance is not known to be a health hazard, it can quickly clog a French drain system. It also emits a foul odor and leaves rust-colored stains on everything it contacts.

Our WaterGuard® IOS (Iron Ochre System) Perimeter Drain Channel is ideal for managing this difficult problem. The wide-open design of the drain helps it resist clogs, while a removable lid allows for easy access and maintenance. Our drain system is custom designed to protect and help keep your basement dry all the time!

Get a Free Quote!

Advantages to our system: 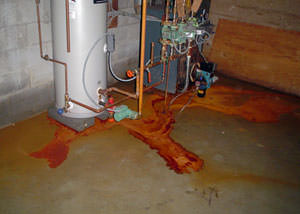 Iron ochre is typically rust-colored but can also be yellow, brown, or gray. This slimy material is a menace to typical perimeter drain systems and can clog them in a few months' time.

What are iron ochre & iron bacteria?

Iron bacteria is a microorganism that survives by oxidizing minerals dissolved from water, most commonly from ferrous iron but also sometimes from manganese. As it does, it typically creates a reddish-brown slime or ooze which can potentially be very thick.

This substance is called iron ochre, and it will stain anything it contacts. It has a swampy, musty smell, and it makes drinking water taste terrible. These stains can also show up in laundry if the line contains iron-tainted water.

This thick slime is known to affect drain and plumbing systems of all kinds, presenting a unique challenge for basement waterproofing contractors.

As iron ochre grows in pipes, it attaches itself to the sides of pipes and on surfaces, forming layers of reddish sludge or slime. This slime can be found on the ends of faucets, on laundry machine screens, on the insides of water tanks, and inside pumps and plumbing.

When the bacteria builds up thickly enough, it can begin to corrode pipes and plumbing equipment. Heavy buildup will also lead to damage to stainless steel surfaces, which are used by the bacteria as an iron source.

Once thick layers of bacteria have built up inside pipes, chunks will begin to break away, flowing down the system and leading to clogs. This can happen very quickly -- entire well systems have been known to completely clog in just a few months' time.

To test for iron bacteria and iron ochre in your water, try this simple procedure. One morning (when your pipes have sat for a while without being used and "flushed out"), fill a glass with tap water. Let the sample sit quietly for a day, allowing discoloration to occur and sediments to settle to the bottom of the glass.

Generally, iron bacteria thrives best in soils that are sandy or high in organic material. If the soils around your home have high loam or clay content, your chances of having iron ochre are lower.

No matter how challenging your basement problem is, Fortress Foundation Solutions has the solution you're looking for! Our iron ochre perimeter drain system is customized to handle any kind of iron bacteria issues that may arise -- and is the ONLY cleanable, flushable iron ochre system of its kind!

To schedule a free basement waterproofing quote to solve this or any other wet basement problem, contact us today! We'll send a specialist to your home to inspect and measure the space, answer any questions you may have, and provide you with a customized cost quote.

Get a FREE Quote!
Related Pages

Looking for a price? Get a no cost, no obligation free estimate. 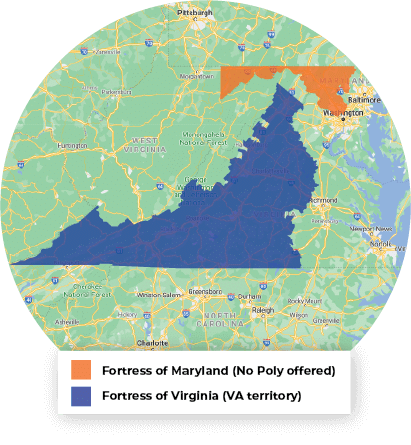